To Virgin Marry in the Rock

Diseases of the cardiovascular system

About the region and the people who lived here before us

PERSECUTION: About RAF Pilots from Pilsen and Karlovy Vary Regions 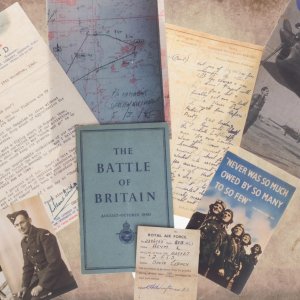 An extraordinary lecture to mark the anniversary of the Velvet Revolution is focused on the fate of the airmen who have tried to fight the occupiers of their country in various ways. However, in this lecture, the fates of the airmen from Pilsen and the Karlovy Vary regions are highlighted. Not only aviation personnel, i.e fighter pilots, bomber pilots, shooters, navigators, radio operators, but also ground personnel, without whom the aircraft would not take off. Among the most significant names, there are S/Ldr. Antonín Liška, who has survived the fall from 10.000 m, S/Ldr. Václav Kopecký, the Šlouf brothers - two exceptional fates, J. Chmelík - a fighter from Tobruk, J. Prokop - a mechanic who spent 17 years in a communist prison, S. Plzák, V. Jícha - a test pilot for Spitfire aircraft and many others. Part of the lecture will focus on their persecution and the period after the Velvet Revolution to the present day.